Read all the information on this page before continuing to the next page.

Next: Use of Slaves in Inca

The Incan religion, like the other Pre-Colombian religions, was a polytheistic religion, which means they had many Gods. 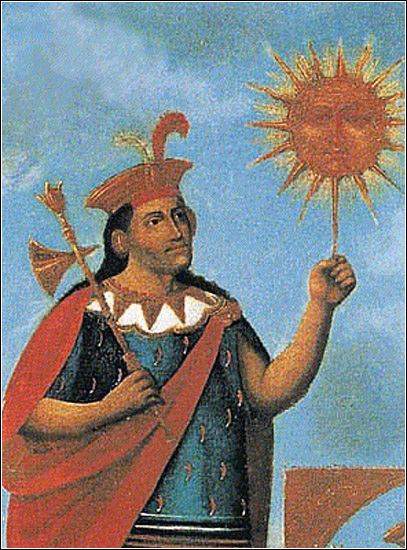 Incan religious rituals were centered mostly around agriculture. Rituals are ceremonies or celebrations that have a certain set of actions you must perform in a certain way. For example, singing "Happy Birthday" to someone before they blow out the birthday candles on the cake would be a common ritual in modern times. Incan rituals consisted of animal and human sacrifice, but only when something really awful like an epidemic or a famine happened. The most common rituals were feasts to honor the Gods. The king would drink and eat special foods and lead a parade of people to go leave presents, or offerings, for the Gods in the temples. They thought that these offerings would convince the Gods to make the Incan's crops grow bountifully so they would have plenty of food.
Back to Top